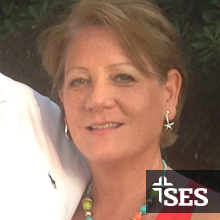 “The heavens declare the glory of God, the skies proclaim the works of His hands” (Psalm 19:1).  No place on earth exists where the unspoken words of the natural creation are not seen, thus no place exists where the invisible attributes of the Uncaused Causer, and the Undersigned Designer cannot be deduced.  Humanity is without excuse when we suppress the truth concerning God in an attempt to formulate our own version of reality (Romans 1:18-21).

The session “Gender: Scriptural Authority and Reality” will confirm that which Scripture teaches concerning one vital aspect of reality—humanity, made in God’s image: male and female (Genesis 1:27). Never changing in his essential nature, humanity has no escape from the realities of the world created for him.  Though advancements in invention and technology have allowed humanity’s accomplishments to expand in size and scope, affecting daily life in modern cultures, the complementary design of male and female has and must remain stable for our species to flourish. Evident to all persons by human reason and intuition, species mate within species; male and female complement each other in sexual design.

Cultural social constructs such as transgenderism, trans-species and same-sex marriage, which allow groups of people to falsely define personhood and institutions, will never be able to overcome the realities created by God. Scripture will always be congruent with the real world, created outside of human approval.  Confusion and contention clamor in the heart of humanity to dethrone the authority of reality, especially the Bible. But, as well said by J Budziszeski, “We all find in experience that when we cross the grain of the universe, the universe kicks back.” This session will attempt to unravel some of the false assumptions and unfair accusations that relativists promote to denounce specific teaching in scripture.

Having graduated from Southern Evangelical Seminary with a Masters in Religion in 2007, I have had the honor of serving SES as Dean of Women until 2014.  For 40 years I have been involved in inductive Bible study and women’s discipleship. As always it is a privilege to have the opportunity to speak at The National Conference on Christian Apologetics.