Design of Life: It’s a Matter of Physical Evidence & Logic

To listen to intelligent design opponents tell it, you would think that

detecting design were a matter of closing your eyes, lifting your arms, and chanting “ooomm”—that it was some dubious subjective inference made in an altered mental state. But the critics seem not to notice their own behavior. Even such design skeptics, when they walk down a street, easily decide that, say, a flower garden is the result of purposeful design, but that the weeds growing along the road are a matter of serendipity. Even design skeptics, when they first look at Mount Rushmore, or the images on Easter Island, or the Sphinx, immediately know that these are the products of a directing intelligence.

How do they know that? What features of some systems makes anyone even suspect that they might have been purposely designed? Design is “the purposeful arrangement of parts.” Intelligent agents can plan ahead and act on their plans. They can bring together separate components and place them in relationship to each other, to create an effect that may be extremely unlikely to occur by chance. So we detect design by inferring that some parts appear to have been arranged for a purpose. Any child who plays with Tinkertoys is familiar with making designs, and her Mom can detect many of those designs by looking at the arrangement of parts. Any engineer who plans sophisticated technology is arranging parts for a purpose, and almost anyone who sees the technology and understands how it works can conclude that it was purposely designed.

One thing you have to keep in mind is that the detection of design depends on the quantity and quality of evidence. The more parts that appear to be arranged for a purpose and the more precisely they fit each other to achieve that purpose, the more and more confident we can be in our conclusion of design. For example, if you came across a broken stick on the ground in the

woods that pointed toward a campsite, it may be a signal to campers, or it may just be a stick that happened to fall that way. If there were four broken sticks, arranged into an arrow shape pointing at the camp, you would be fairly confident that that was no accident. If there were a nicely carved arrow on a pole pointing to the camp, inscribed with the words “Camp Bull Moose,” you would be as confident that it was designed as you would be that anything was designed. Contrary to the assertions of many design opponents, a conclusion of design is based not on some gauzy faith, but on physical evidence and logic.

The Sophisticated Nanotechnology of the Cell Reeks of Design

In the nineteenth century, the time of Darwin, the underlying basis of life was completely unknown. It was only in 1838 that the German scientists Matthias Schleiden and Theodor Schwann advanced the “cell theory” of life—that all organisms were composed of cells and their secretions and that the cell somehow had a life of its own. Yet microscopes of that time were crude compared to modern technology, and little could be seen of the cell, and how it worked was a mystery. One well-known scientist, Ernst Haeckel, declared the cell to be a “simple little lump of albuminous combination of carbon,”¹ not much different from a piece of microscopic Jell-O.

He was spectacularly wrong. As science advanced in the next century, new techniques allowed us to see the molecules that perform the work of the cell. In the early 1950s Watson and Crick first deduced the double helical shape of DNA; later in the decade the genetic code was cracked. In the late 1950s the structure of the protein myoglobin was uncovered, revealing a complex, intricate shape that confounded scientists’ expectations that proteins would be simple, like crystals. In fact, proteins had complex shapes for the same reason that machines do — their shapes allow them to perform their tasks.

As science progressed in the second half of the 20th century and now in the early part of the 21st, the complexity of the cell has grown deeper and deeper. Not only has molecular machinery of staggering sophistication been discovered, but unsuspected complex control mechanisms which allow the cell to build the machinery at the right time and place have been discovered, too. As a writer for the world’s premier science journal, Nature, marveled in an article describing our increasing understanding of the immense sophistication of genes, “The picture these studies paint is one of mind-boggling complexity.”² Complex molecular circuitry, unsuspected only a few decades ago, is now known to be required to build even “simple” animals such as fruit flies.

Design is recognized in the purposeful arrangement of parts, and the cell exhibits the most profound purposeful arrangement of parts in the universe. To get a flavor of that purposefulness, readers should view the astonishing molecular simulation of the cellular construction of the bacterial flagellum, produced by the “Protonic NanoMachine Project” of the Japan Science and Technology Corporation in a remarkable video which can be viewed on the Web.³

Darwin’s Mechanism Does not Produce Design

Before Darwin, most of the educated world thought that the intricacies of biology pointed to a designer of life. And, as the medieval philosopher Thomas Aquinas would say, “by this we mean God.” In the early 1800s an Anglican clergyman by the name of William Paley wrote a widely read book that probably made the strongest case to date for design in nature. Darwin himself is said to have been deeply influenced by Paley’s work. However, after thinking about what he saw on his trip on the H.M.S. Beagle, Darwin proposed his theory of evolution by random variation (mutation) and natural selection. Briefly, Darwin saw that variation exists in species and that not all animals that are born live to reproduce. So he reasoned that the organisms whose chance variation gave them an edge in the struggle to survive would leave more offspring who survived. If this process were repeated through many generations, Darwin thought, the species might change into something altogether different. Darwin and many scientists who followed him thought that his mechanism might mimic the appearance of design.

Well, that was the theory. But only recently has science been able to test that idea, as scientific progress revealed in the twentieth century that life is based on complex cellular and molecular machinery unknown to Darwin and his contemporaries. Does random mutation plus natural selection build the sophisticated nanotechnology of the cell? In the early 1990s University of Michigan microbiologist Richard Lenski began the biggest laboratory evolution experiment in history, one that could potentially answer that question. With much effort over the course of two decades, Lenski and collaborators showed that when the bacterium E. coli was grown in his lab for over fifty thousand generations, with a population size of trillions of bacteria, many beneficial mutations arose and were selected because they improved the ability of a microorganism to outcompete its siblings. Yet, when Lenski (using sophisticated techniques that have only been available for a relatively short time) tracked down the mutations, they tended to be degradative changes—ones which destroyed genes or made them less efficient.

How can breaking or degrading a gene help an organism? To understand, it is useful to think of a more familiar object. For example, how might a car be changed quickly to improve its gas mileage? One way might be to break off the side mirrors—that might reduce the wind resistance as the car speeds along. Of course the mirrors are now gone, but the car can get along without them, and the gas mileage has improved slightly. Similar considerations account for the beneficial effects of degradative changes in cells. Beneficial or not, however, that is not the sort of process one needs to build new, complex, molecular systems.

Lenski’s results for bacteria echo data from other organisms. For example, humans have 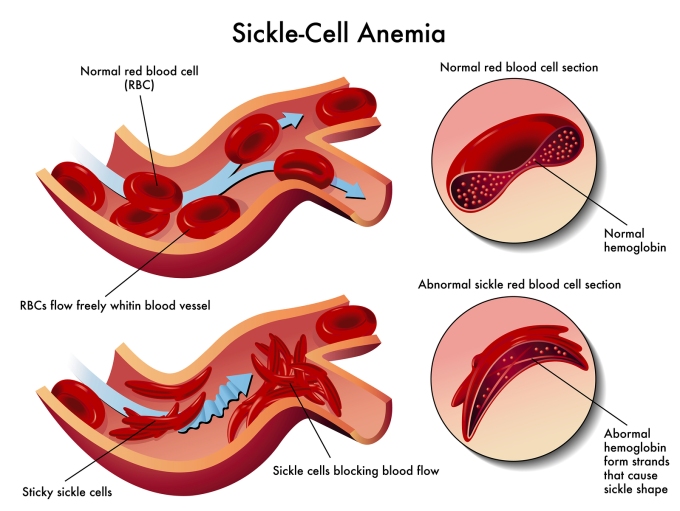 Medical illustration of the effects of sickle cell anemia

acquired a number of helpful genetic changes in our battle with the malarial parasite over the past ten thousand years. The most well-known of these is the sickle cell mutation, which unfortunately can also lead to the lethal side effect of sickle cell disease. Other mutations that are helpful in the fight with malaria also degrade or destroy genes, such as the genes for globin, glucose-6-phosphate dehydrogenase, pyruvate kinase, Duffy antigen, and Band 3 protein.

Our best evidence shows that Darwin’s mechanism of random mutation and natural selection does not mimic design. Rather, like a bull in a china shop, random mutation tends to destroy delicate systems, which can occasionally help an organism survive in desperate circumstances.

Where the Evidence Stands Now

The bottom line is that we now have compelling physical evidence in hand to support a strong conclusion of intelligent design in life—the purposeful arrangement of the sophisticated machinery of the cell—but little or contradictory evidence for the overweening claims of Darwinism. 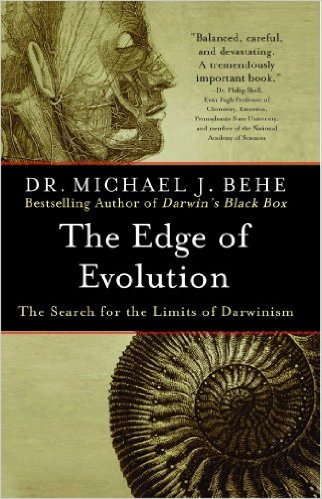